The most affordable places to buy for electric car owners

Whether you’re a fan of electric cars or not, their future as the primary mode of transport in the UK, is set in stone. Under current Government plans, all new cars will be electric from 2030 onwards, as petrol and diesel models are phased out.

With electric vehicles set to become the new norm, many drivers are taking the plunge and switching out their diesel models for electric. As you’d expect, these models must be charged in order to run effectively.

There are over 28,000 charging stations distributed throughout the UK. However, their distribution is not even, with some areas containing a greater concentration of charging points than others. As house prices vary dramatically across the UK, many homeowners sacrifice their electric dreams for affordable housing. That’s why we at GetAgent took matters into our own hands, and worked out the most affordable homebuyer hotspots for electric cars.

Where in the UK has the most EV charging points?

According to Comparethemarket.com, the areas with the highest number of electric car charging points are as follows:

Broken down by area

How many EV charging stations are there in the UK?

Where are the most affordable areas to buy a house for electric car owners?

There are 20 areas in the UK that are home to more than 20 charging stations per 100 electric vehicles, with the average cost of a home coming in at £370,885. While this figure is 40% higher than the average UK house price, the good news is that 14 of these charging hotspots are home to below-average property prices. The top three are as follows:

The county borough in south-east Wales is home to 22 public charging points per 100 electric vehicles. The average house price in the area is £112,343, making this a great spot for affordable housing and green living.

With over 35.4 public charging points per 100 electric vehicles, the Western Isles of Scotland have a higher number of EV points than Blaenau Gwent, but its average house price of £129,365 deserves second-place.

As the third most affordable area for electric car owners, Sunderland offers 22.2 charging points per 100 electric vehicles, while the average house price is £132,345.

These are the UK’s most affordable places to buy a property with easy access to EV charging stations:

Does an EV charging point add value to your home? 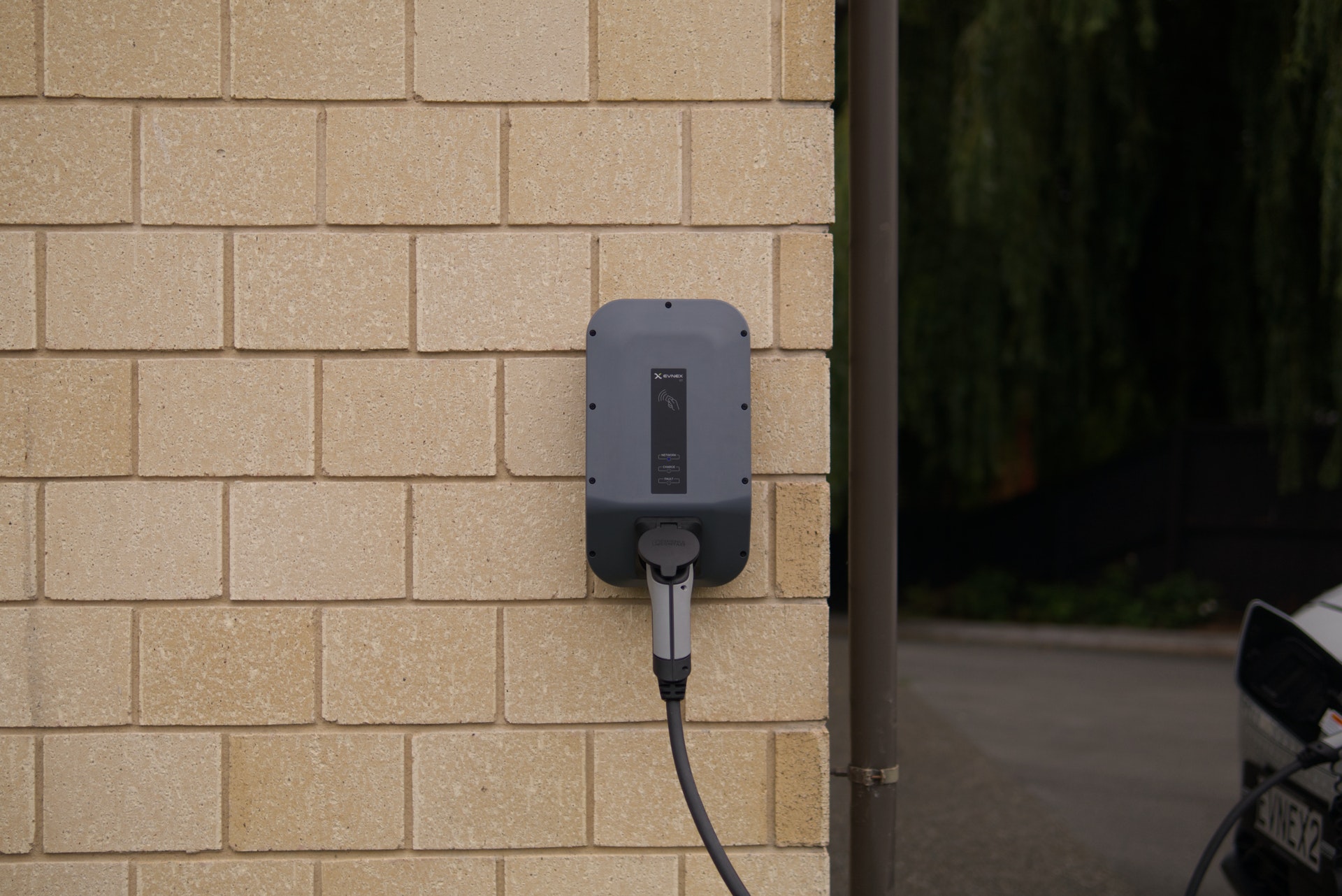 Yes, an EV charging point is likely to add value to your property. According to a study released by Rivervale Leasing in July 2021, an analysis of 1000 homes found that 76% of homes (with an EV charger installed) showed an increase in value.

The findings correlate with predictions that the premium on EV charging point driveways is likely to increase, especially as the government moves to phase out petrol and diesel cars in 2030. What’s more, the current demographics of electric car owners indicate drivers with greater wealth at their disposal. As such, you can expect an EV-adapted home to appeal to wealthy buyers and therefore, sell for more.

How much does it cost to install an electric car charger?

On average, it costs £800 to install an electric car charger, but with the help of the Government’s Electric Vehicle Homecharge Scheme, you could pay a substantial amount less.

Electric Vehicle Homecharge Scheme: Everything you need to know

How does it work?

To get money off your EV home charger, just follow these simple steps.

How do you use a public electric car charger? 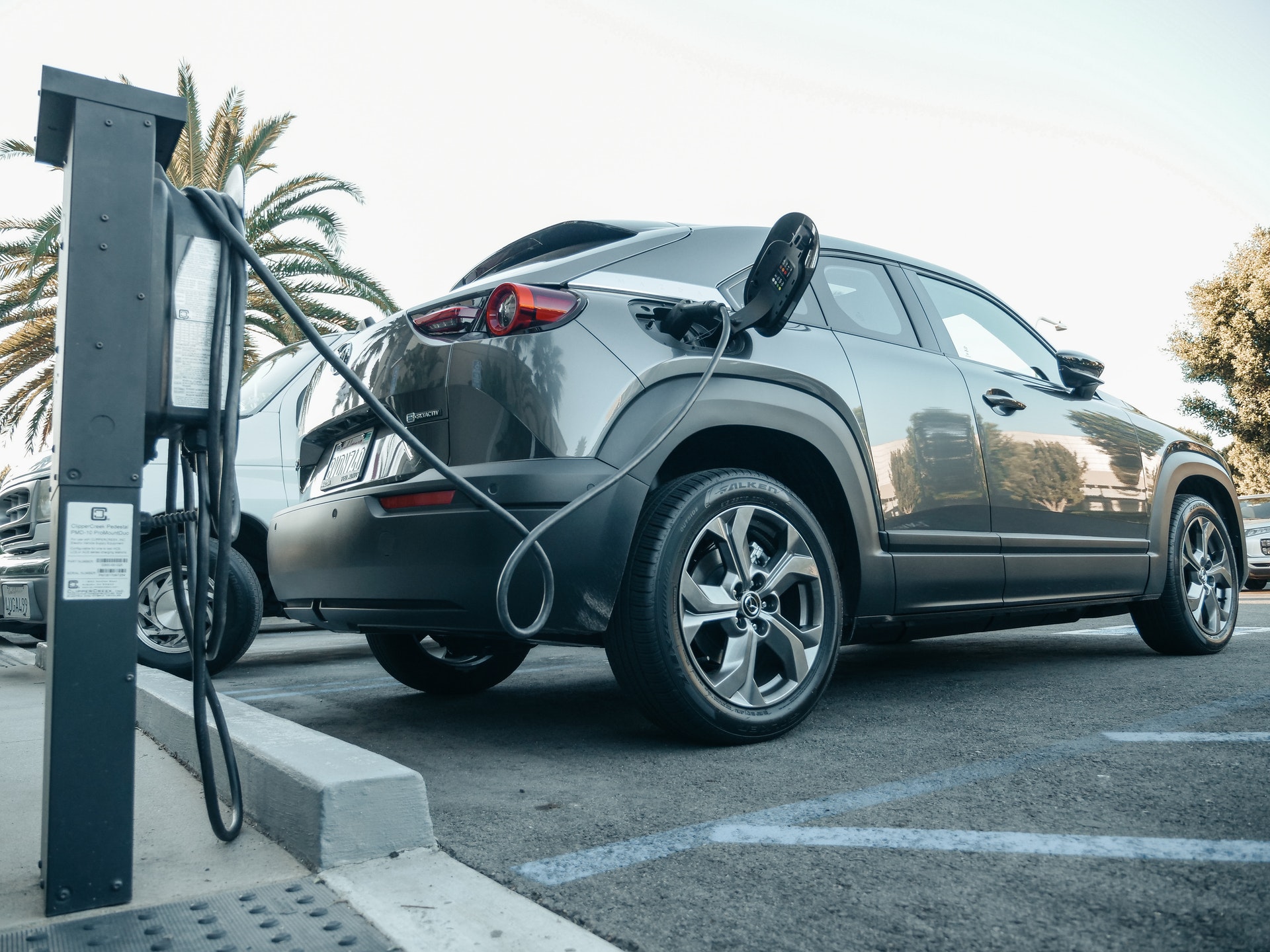 If you’re an electric car owner, you might have some trepidation about using the public charging points dotted around the country. Luckily, the process is straightforward enough - just don’t forget to take your own separate charging cable with you, as the public station might not have one.

“Our cars and our homes go hand in hand as they’re often the two most expensive assets we own and the two we’re most proud of.

We know how a driveway or garage space can add real value to a home but with more of us opting for electric vehicles to help reduce our impact on the environment, the ability to charge them is fast becoming a very sought after amenity amongst homebuyers.

Unfortunately, there aren’t many locations that offer an abundance of charging stations and even fewer still that also offer an affordable foot on the ladder.

As with any emerging technology, it should only be a matter of time before this tide starts to turn and we gain greater access to charging stations to help meet the growing demand for greener transport.”

Can I charge my car through a regular plug socket?

Remember, if you are thinking of using a regular plug socket, never use a multi-socket extension lead. They increase the risk of electrical fire and shock.

How long does it take to install an EV charger?

Pod Point, one of the UK’s leading manufacturers of EV chargers, assert that their standard installations take a minimum of 2 hours.

Can I install an EV charger myself?

No, a qualified electrician must install your EV charger - this is especially important if you want to benefit from the Government’s Electric Vehicle Homecharge Scheme.

Is my home suitable for an EV charger?

To be eligible for an EV charger, your property must:

Remember, if you’re renting, you must obtain permission from your landlord.

Related posts
DIY
How to improve your EPC rating
Having a higher EPC rating can improve the value of your home, and make it a more attractive prospect for potential buyers. Here are some of the key ways you can boost your EPC rating, (and whether they are actually worth doing if you’re moving house).…
Read more
DIY
Making your house sustainable: Everything you need to know
A sustainable house is a property that demonstrates a mindful approach towards energy efficiency and the household's environmental impact. …
Read more
DIY
What is a 'smart home'?
What is a 'smart home'? And, how can you get started integrating this technology into your own property? In this article we'll cover the basics, the pros and cons, and some of favourite smart home gadgets for beginners. …
Read more
4.7 'Excellent' based on 2000+ reviews